Album Release: People Get Ready, A Celebration of Life

Album Release: People Get Ready, A Celebration of Life

COVID PROTOCOLS: All our staff are fully vaccinated, and we ask that our patrons be vaccinated as well. Our staff will be masked, and we encourage our audience to wear masks as much as possible.

Advance tickets can only be purchased online-we do not sell advance tickets at the venue. Refunds are not available within 48 hours of the event. Tickets do not guarantee seating during shows at the Royal Room. Seating is first come first served. The Royal Room is All Ages until 10pm.

Elnah Jordan's passion for singing was discovered when she was a child in the church choir. Originally from Ohio, Elnah was influenced and encouraged by her mother who is an accomplished pianist. She developed her natural and raw talent on a path that winded through the choir stands of her gospel roots to the streets of San Francisco and its clubs and eventually with much persistence, to the theater. She was awarded a nomination in 1986 in that city for Jazz Vocalist of the Year.   Elnah performed in several other theatrical productions including a two and half year stint in “The Evolution of the Blues” produced by Jon Hendricks in which she portrayed the legendary Bessie Smith. Her performance in the off Broadway musical drama, Street Dreams” landed her the prestigious Cabaret Gold Award. She has also given opening performances for artists such as Gil Scott Heron and Bobby Blue Bland.

Having moved to Seattle, Elnah has been embraced by the community of gifted performers and artists here. She continues to grow in her appreciation of the music and for the blessing of being able to do what she loves dearly. She has graced stages through-out the Pacific Northwest: She been a featured performer at Egan’s Ballard Jam House, The Sorrento Hotel, Tula Jazz Lounge, The Royal Room , Grazies and the New Orleans to name a few. She even found her way into the Seattle theater scene performing in the last season of Black Nativity. 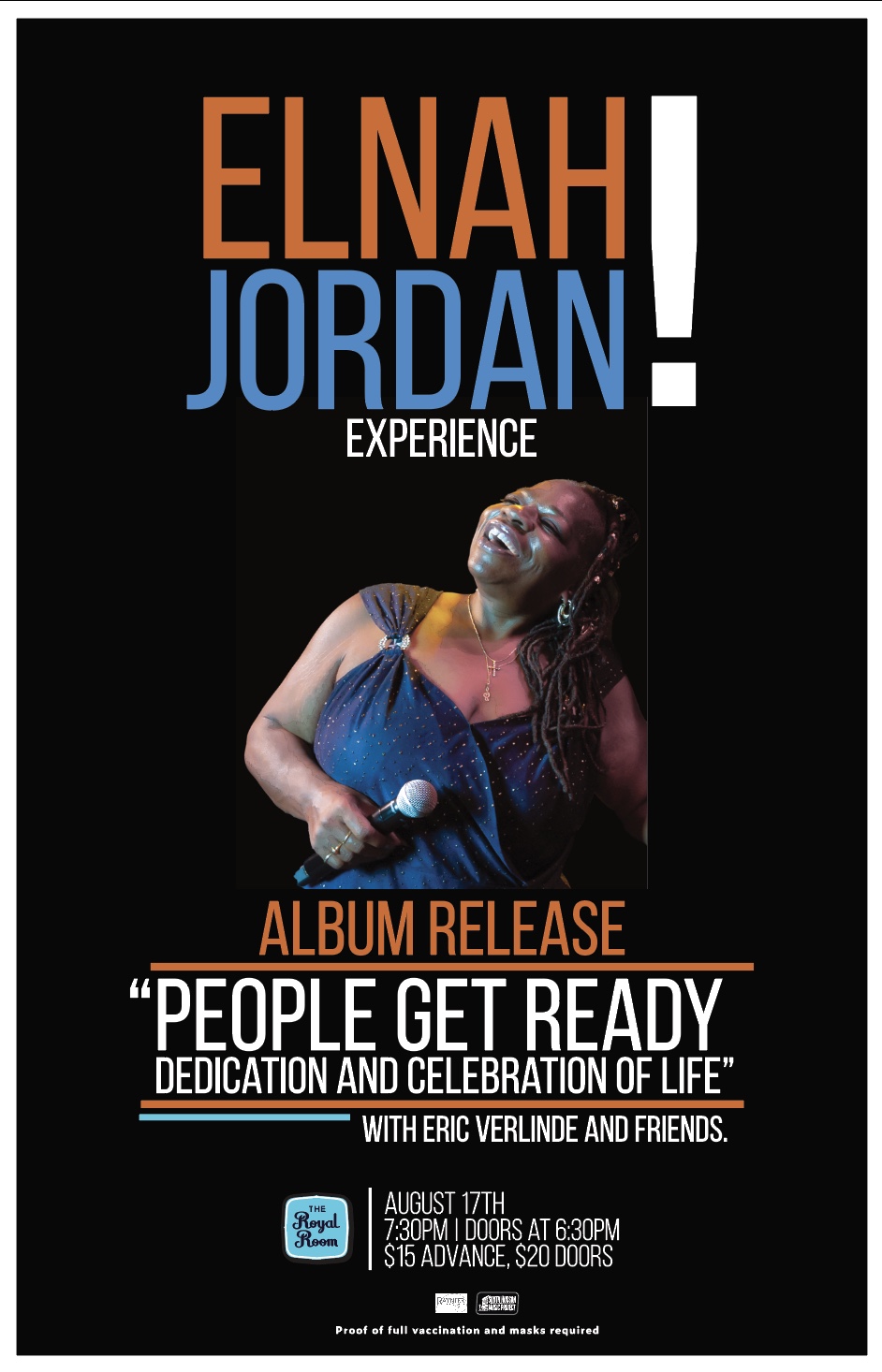 Everyday I have the BluesFeeling GoodPeople Get ReadyNearness of You